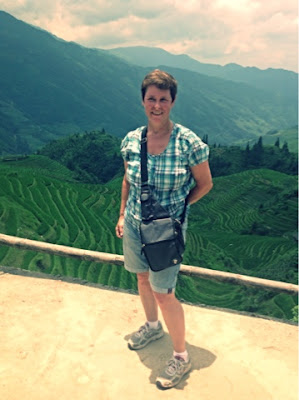 When I was planning my trip to China one of the places I decided to visit was the Longshi Rice Terraces. The terraces were built during the Ming dynasty, about 500 years ago and are thought to resemble the scales of a dragon and are therefore known as the Dragon's Backbone.

Once again, I headed down to the local bus station to secure transportation. I had fully researched my options for transport to Ping'An before this trip so I felt pretty confident. Alas, my research proved useless as even the "helper" ladies walked away in disgust at my feeble efforts to locate a bus. Finally, a young man approached me, and in passable english, told me he would make a call. He then indicated that I should wait as he had called someone and they would come and get me. Now, I like to be spontaneous when I travel but I don't like to take foolish chances. I tried to determine what type of transport he had arranged and he seemed to be telling me that his friend would come with a car. After sitting and thinking about this for a minute I felt rather uncomfortable with getting into a vehicle with some random guy and driving off with the naive hope that this was all very safe. I approached my transport arranger and tried to tell him to forget it since I was uncomfortable going someplace by myself with his friend. He explained that they had rented a vehicle and I would be safe. This seemed even more suspicious so I tried to say no thank you and after much discussion back and forth I was made to understand that there would be other tourists and it was a van. I decided to wait and see what the transport was like and was pleasantly surprised when a very nice van pulled up with a family of Chinese tourists. I asked them if they were all going to Ping'An and they told me they were. It seemed pretty safe so I hopped in and 50 Yuan and two hours later I was wondering the village of Ping'An and taking in the beautiful scenery! 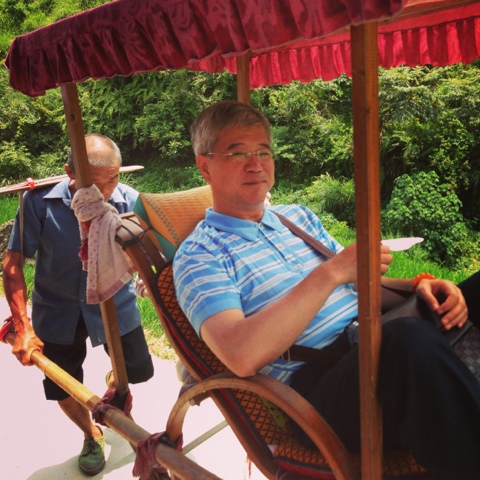 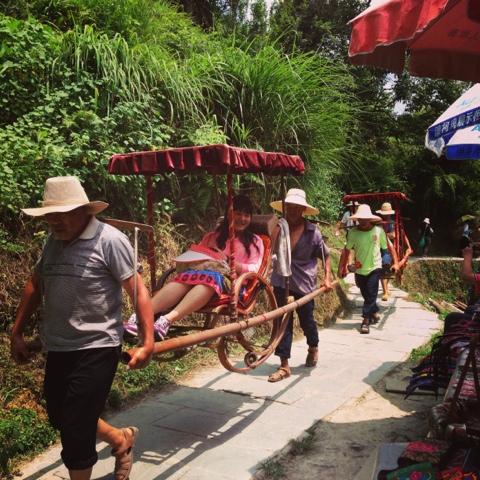 The climb to the top is not for the feint of heart. I had thought that the Great Wall was a workout but Ping'An definitely rivaled that little hike. For those who couldn't, or wouldn't, attempt the hike there are numerous palanquins available which are carried by some very strong locals with good backs. I felt very sorry for some of the men who were hauling tourists up countless stairs as they seemed quite elderly (the haulers, not the tourists). Some of the transportees looked quite fit to me and having your butt carried seemed to be a bit of a cop out. I'm proud that I was able to hike the whole way on my own sturdy legs...admittedly, I was rather red in the face and a bit out of breath at the peak, but at least I did it! 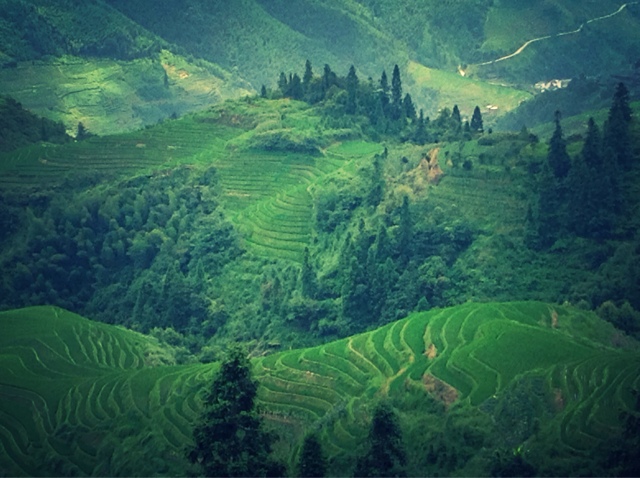 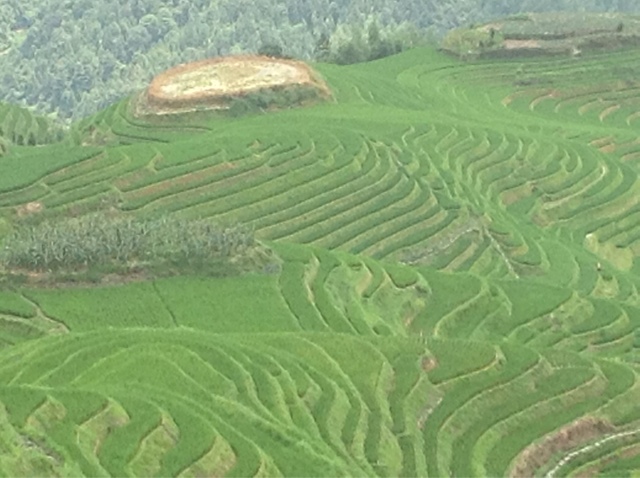 When I was ready to return I just hung around the parking lot asking if there was a bus to Guilin and a woman at the Information desk called a driver over and next thing I knew, I was sitting on a bus headed back to my hostel! Successful day!

I spent the evening wondering around Guilin and met a fellow lone traveller from France. She was also a teacher and we had a great chat over some dinner. Back at the hostel, I shared a beer with Matt from Sweden who was reliving his youth by travelling solo through China. This was the first night of his adventure so I gave him some tips before heading off for an early night. 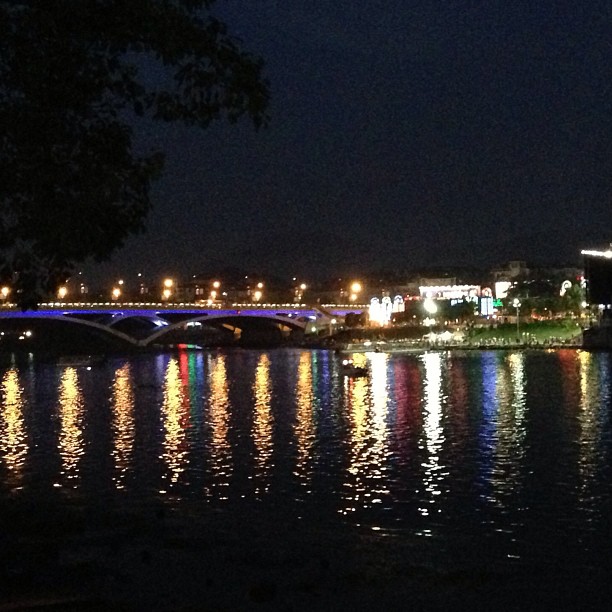