Imodium is a My New Best Friend 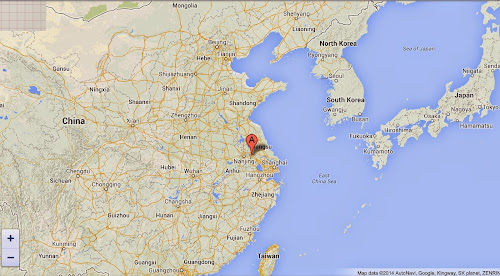 My lack of postings is an indication of the challenging time I have had in the last two weeks. My stay in Dantu was enlightening to say the least. I usually brag about my stamina and my ability to face all adversity with humour but lets just say I am very glad to have moved on!

I have always been very lucky in regards to health issues when travelling and I guess I just came to expect that I had super powers which helped me to avoid the very common intestinal complaints suffered by many who venture to foriegn lands. Alas, Dantu proved to be my Kryptonite.
It all started with a very nasty blister which developed after wearing a new pair of shoes and partaking in an evening of unabandoned dancing at the clubs of 1912. The first day in Dantu, I begin limping and noticed that the blister had broken open and the surrounding area had become an ominous and worrisome red. I soldiered on, but couldn't help but wonder if I was allowing all sorts of foriegn microbes to enter my bloodstream through the open sore. When standing started to become painful I hobbled off to try to find some sort of pharmacy in the hopes of obtaining a tube of Polysporin. I found a shop with a cross and all sorts of medicinal like products and asked the girl, with my Google translator, for an antibiotic cream but she didn't seem to grasp my meaning until I lifted my foot up and showed her my ankle which was now oozing some nasty looking green pus. She grimaced a bit and started a long explanation in Chinese (didn't help me much) and walked to a cabinet. She lifted out a red bottle with a little set of tweezers attached. This didn't look like any antibiotic cream I knew of but she pointed at my foot and at the bottle so, being in quite a bit of pain, I decided it was better then nothing and she was wearing a white smocky thing so she did look quite medical!
When I returned to my hotel room, I opened the bottle which contained a bunch of little cotton balls soaked in some type of orange liquid. I used the handy tweezers to extract one and dabbed it all around my ankle. I seem to recall that when I was a very clutzy child and had scrapes or cuts that a similar looking product was also put on my many contusions so I felt confident I wasn't putting a substance on my skin that was going to cause my foot to eventually need amputation or anything. Sure enough after three days of having an orange ankle the wound started to clear up and I am happy to say I now just have a small scar! Unfortunately, this is when my stomach started to revolt.
The food at our accommodation was a little worrisome right from the start. The hotel did have one hall of very nice, clean rooms which were used for people visiting the hotel just to eat, but on our first day we were escorted past these rooms and down a hall with garbage strewn around, past the kitchen, which definitely looked like it wouldn't pass any health or cleanliness inspections to a room which seemed to be the staff's lounge when we weren't eating. We were then served a variety of foods which the chef seemed to think Western foriegners would appreciate...a form of poutine which consisted of french fries covered in sweet and sour sauce and raw onions amongst other things. A series of bland and greasy dishes were set before us. We tried to be polite and nibble a bit but by the third day we were starving so we left the table and went to a nearby shop for a container of pot noodles and beer. Our lack of appetite must have been worrisome because at our next meal, our helper person, Millie, showed up and there was a very long discussion, in front of us, with the Chef and kitchen staff. We tried to tell them that we liked the Chinese food and lots of vegetables. At the next few meals the dishes were served and the Chef would stand behind us smoking a cigarette and flicking ashes onto the floor, while we ate, watching intently to see if we were aptly appreciating the delicacies he put before us. A little unnerving to say the least. Unfortunately the food was greasy, cold and often unidentifiable. Since we wanted to be polite, we gave it a valiant effort.
By the third day my stomach began making some very odd noises after each meal and I was experiencing ominous cramps which would be so severe that I would need to hold on to the nearest piece of furniture for support until it passed. By the fifth day I was chewing imodium like candy and spending much of my spare time on the toilet. I decided that it was best to just try to eat rice and went out to buy a bunch of bananas to avoid scurvy but despite my best efforts my gastrointestinal nightmare continued for my entire two weeks in Dantu. Ah, the joys of visiting foriegn countries!

Posted with Blogsy
Posted by Terry at 10:44 AM