There Are Plenty of Reasons to Visit Peru 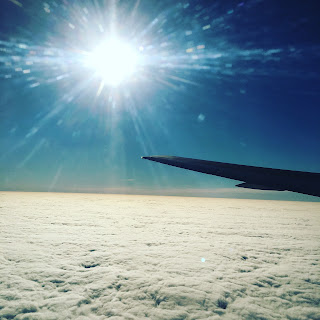 I had been planning to visit Peru for some time and finally took the plunge. It had seemed like a daunting task to plan such a trip, since it would involve quite a bit of moving about and I had found that many online sources of information were somewhat conflicting. When I began my research there was definitely an abundance of warnings with regards to safety, travel, illness and so on. If you tell anyone you are going to Peru they will gleefully tell you that a friend of a friend once went to Peru and either contracted some weird Peruvian disease, fell off the side of a cliff, was kidnapped by warlords or their tour bus was hijacked and they were never seen again. Seriously though, just like any place, if you take reasonable precautions and be sensible there in no reason not to visit Peru...and plenty of reasons to visit!

Now Peru isn't a large country, at least compared to Canada, but it does boast a large number of very diverse ecological regions and transportation can be a challenge. Due to work obligations (that work thing really does interfere with my travelling), my travel companions and I only had 10 days, so we decided an a couple of main regions to visit. To seriously do justice to this country and not kill yourself by travelling at a break neck pace it is advisable to spend at least a month. Since this is only possible if you are retired, independently wealthy, a trust fund baby, or write a sponsored travel blog (shameless hint to CAA, National Geographic, Lonely Planet or anyone else out there) then you may need to visit this country a couple of times.

We intended to head straight to the legendary Machu Picchu spending about 4 days in the Sacred Valley Region and then heading to the desert areas of Ica and Paracas for our remaining time. Many visitors to Peru will follow a route known as the Gringo Trail and if you have the time and plan to do this route you will find information here. Gringo Trail

You can take a direct flight from Toronto to Lima which takes about 8 hours, but since I like to do things the cheap way we ended up with a 14 hour flight with a layover in Columbia. As rain began to fall in torrents in Bagota, accompanied by the occasional blast of lightening and the flicker of lights I began to wonder if we would ever make it to Lima. We ended up being only an hour or so delayed and Jose, the owner of the nearby B& B Wasi Aeropuerto Lima, and wannabe NASCAR race driver, was standing at the gate waiting for us! The Wasi Lima is a great option for anyone looking for a place to rest their head for a few hours since it is only a five minute drive from Javier International (at least the way Jose drove!) but you probably wouldn't want to stay in this area for any longer. Both native Peruvians and non natives are always quick to warn that the area around the airport is not someplace that the tourist should venture. I suppose if you are Spanish speaking and comfortable in South America you could venture out to seek somewhat cheaper public transport but since I do not Habla Espanol, have embarrassingly, never visited South America and possess the typical white deathlike pallor of a Canadian in winter, deprived of sunlight for many months, and therefore would never be mistaken as a native of this great country, I opted to arrange my transport for a slightly higher cost but still much less than our rates in Hamilton (even Uber rates).

When Jose pulled up to the hostel he quickly ushered us inside, closed the gates and locked them so that we only had a brief glimpse of the notorious neighbourhood. We spent a somewhat comfortable few hours in the basic surroundings before heading back to the airport to catch a flight with Star Peru to Cuzco.


Cuzco was once the centre of the Incan civilization and is the starting point for anyone who wants to visit the Sacred Valley and Machu Picchu. Since it is actually the highest altitude point for a trip to Machu Picchu at 3399m ( 11,151.57 feet) I decided we would only spend a few hours here finalizing our hike plans with Eco Path Trek and then try to get a ride to Pisac for a look around the most extensive market we came across in our travels.

A short ride into the central square of Cuzco and then getting a taxi to take us to the Collectivo area to travel by mini van and we were on our way. Driving through the mountains can be a bit daunting for the uninitiated but it did provide spectacular views of mountainous regions and ruins. If we had more time we would have stopped along the way but we did have a mission in mind. We were dropped off in Pisac to the welcome of various chickens and whatnot and then headed to a little restaurant called Ulrike's Cafe I had read about for a little refreshment.  A little advice is, if you see something you really like in Pisac, go ahead and buy it. We didn't and regretted that we never did see the same items anywhere else on our trip!

After a terrific lunch of pizza, alpaca, and Pisco Sours we headed to the market to wander around. We decided not to explore the ruins of Pisac. (I know, the historians out there are now groaning, but we only had 10 days and were lugging our cases along with us after almost 18 hours of travel).

Apparently, to get from Pisac to Ollantaytambo was going to be a bit tricky as a Collectivo would only take us to Urubamba and then we would need to get some other transport to Ollantaytambo. It all sounded a bit complicated so when some nice looking fellow in one of the market stalls asked us if we needed to go some place, we worked out a reasonable fare (80 Soles or about $35 Canadian), we agreed and once again hoped we weren't going to be kidnapped by Peruvian militant warlords or something. It turned out that our driver was a great fellow who filled us in about the Quichua peoples of Peru (his heritage) and the cool sites along the way including Lamay (Guinea Pig Town) where numerous vendors roast guinea pig or Cuy (a national dish somewhat like our turkey).

A fabulous trip through the valley and we reached our destination of Ollantaytambo, with some of us snoozing along the way, and the Janaxpacha Hostel. This wonderful place is owned and operated by Carlos and Lucy. I can't say enough about the wonderful feeling of walking into this little piece of paradise and chatting to Lucy, an American expatriate! We were finally able to rest our heads for a couple of nights before our great hike on the Inca Trail! 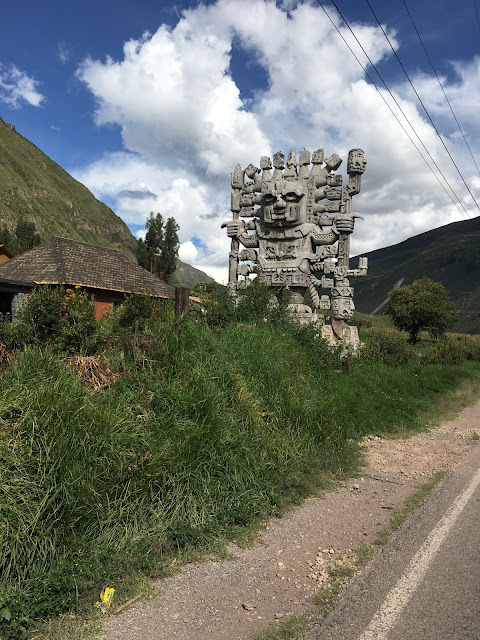